Microsoft and Samsung partner to bridge Android and Windows closer together

Microsoft and Samsung are forming a closer partnership for Android mobile apps that will help bridge the gap to Windows PCs. Microsoft CEO Satya Nadella appeared onstage at Samsung’s Galaxy Note 10 launch today, noting that this partnership is “a new chapter of our long term commitment to improve productivity and eliminate the gap between mobile devices and the PC.”

Samsung is bundling Microsoft’s Your Phone app on its Galaxy Note 10, which mirrors Android text messages, notifications, and even your entire screen to a Windows 10 PC. Samsung is also building OneDrive sync support directly into its Gallery Android app, which will see photos sync directly to the cloud storage service.

Microsoft’s Shilpa Ranganathan, head of the company’s mobile and cross-device experiences, also appeared onstage to provide a closer look at the Your Phone app. Ranganathan revealed that Microsoft will allow Your Phone users to make and receive calls directly from their PC later this year. 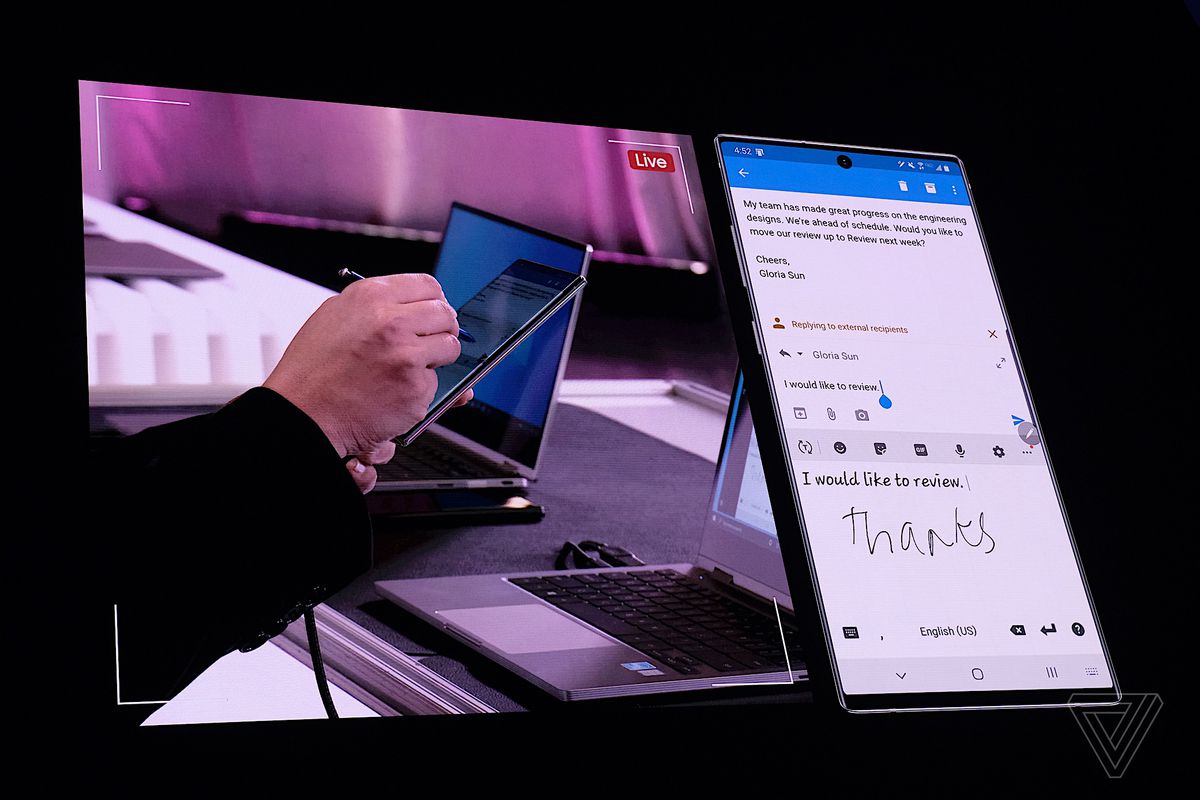 “This is the start of an amazing collaboration between Microsoft and Samsung,” says Ranganathan. Samsung is also revamping its DeX interface to let you plug a Galaxy Note 10 into a Windows PC and bring up a window with all of your phone’s apps that is accessible from your desktop or laptop computer.

Microsoft is also bundling some of its Android apps on Samsung’s latest Galaxy Note 10 device. Office apps like Word, Excel, PowerPoint, and Outlook will all come preinstalled. This is something we first saw happening back on the Galaxy S6 four years ago, and Microsoft even briefly started selling a “Microsoft Edition” Samsung Galaxy S8 in its stores, bundled with the company’s apps and services. Samsung didn’t bundle these apps on the Galaxy S9, though, and it appeared for sale in Microsoft stores without the company’s bundled apps.

Microsoft will now sell the Galaxy Note 10 in its own retail stores, complete with the bundled apps. Microsoft has a preorder offer where you can buy a Samsung Galaxy Note 10 or Note 10 Plus and get up to $150 in Samsung credit and six months of Spotify Premium.

Alongside the app bundling, Microsoft says it’s also “launching an updated user experience for tablets” for Outlook on Android, and a new Outlook app for Samsung Galaxy wearables in the future.